**We are pleased to announce the stable release of GRASS GIS 7.2.0** 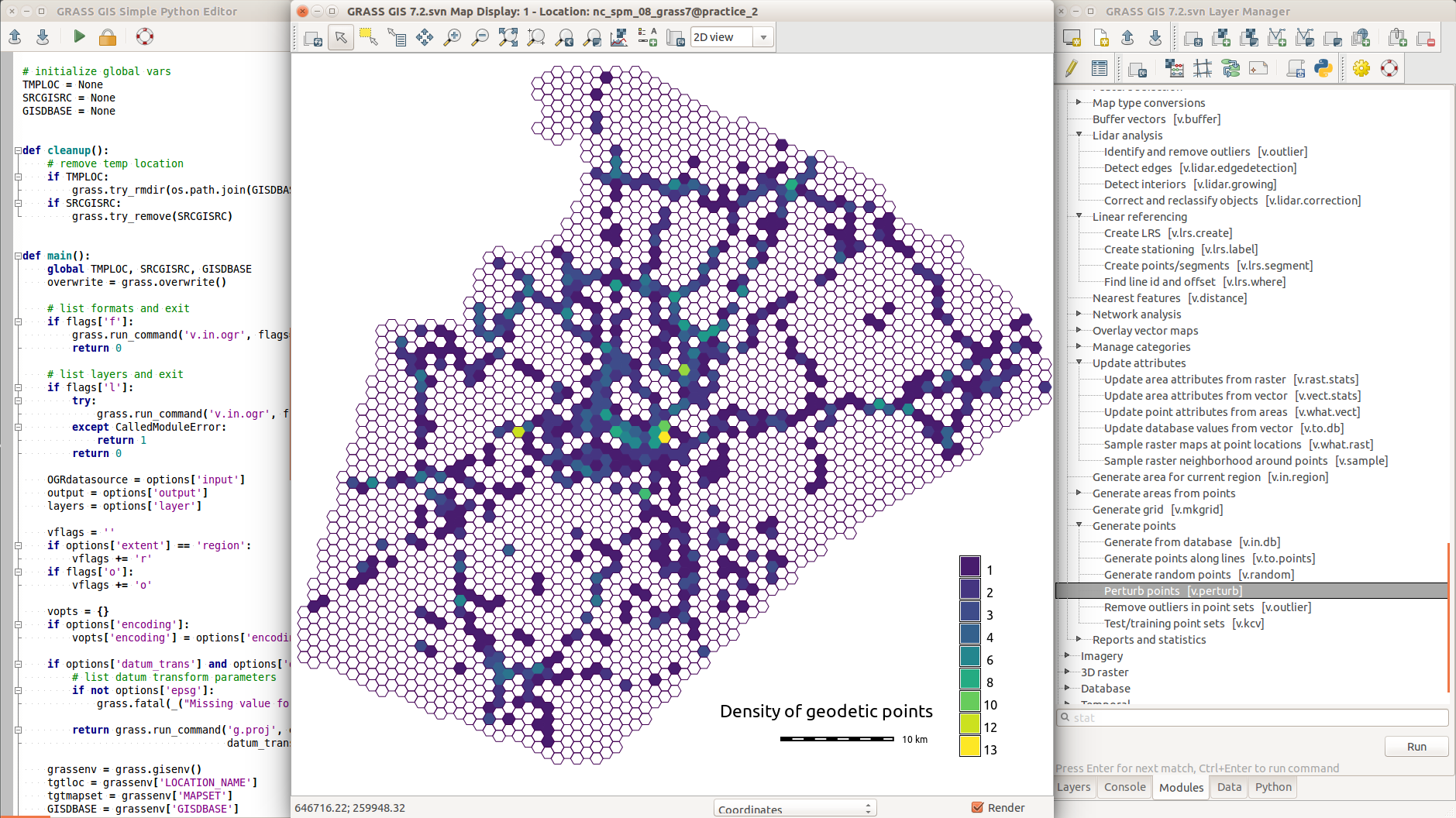 After almost two years of development the new stable major release GRASS GIS 7.2.0 is available. It provides more than 1950 stability fixes and manual improvements compared to the former stable release version 7.0.5. The new version includes a series of new modules to analyse raster and vector data along with new temporal algebra functionality.More than 50 new addons are also available. A summary of the new features is available at New Features in GRASS GIS 7.2.

About GRASS GIS 7: Its graphical user interface supports the user to make complex GIS operations as simple as possible. The updated Python interface to the C library permits users to create new GRASS GIS-Python modules in a simple way while yet obtaining powerful and fast modules. Furthermore, the libraries were again significantly improved for speed and efficiency, along with support for huge files. A lot of effort has been invested to standardize parameter and flag names. Finally, GRASS GIS 7 comes with a series of new modules to analyse raster and vector data, along with a full temporal framework. For a detailed overview, see the list of new features. As a stable release series, 7.2.x enjoys long-term support.