After more than 3 years of development the new stable release GRASS GIS 8.0 is available. Efforts were concentrated on making the user experience even better, providing many new useful additional functionalities to modules and further improving the graphical user interface. In total, this new release comes with almost 1,300 fixes and improvements with respect to the previous 7.8 releases.

Thanks to all contributors who made this release possible!!!

GRASS GIS 8.0 graphical user interface comes with an entirely new concept of startup mechanism. Users will no longer find any confusing startup screen when launching the software. The GRASS GUI data management centerpiece now lies in the enriched Data Catalog, which enables a user-friendly management of GRASS data hierarchy elements - databases, locations, and mapsets. To make the initial contact easier, all these special terms are clarified in the pre-prepared location launched when the software is run for the first time. Additionally, some info bars appear to help with setting up a new location and importing data. Thanks to the Data Catalog, the next time GRASS is launched users can switch easily from the last used mapset to another one. This makes working with the software easier for both GIS beginners and existing GRASS users.

A new metadata class can now be added to raster maps. We called it semantic labels. Examples of semantic labels are satellite bands (blue, green, red, nir, etc.), dataset names in remote sensing products (ndvi, evi, lst, etc.), or whatever the user wants to use to identify raster maps. This new feature brings in a series of advantages. Users can register time series of satellite images and then select which bands or semantic labels to work with, for example, estimate NDVI from a Sentinel 2 time series: 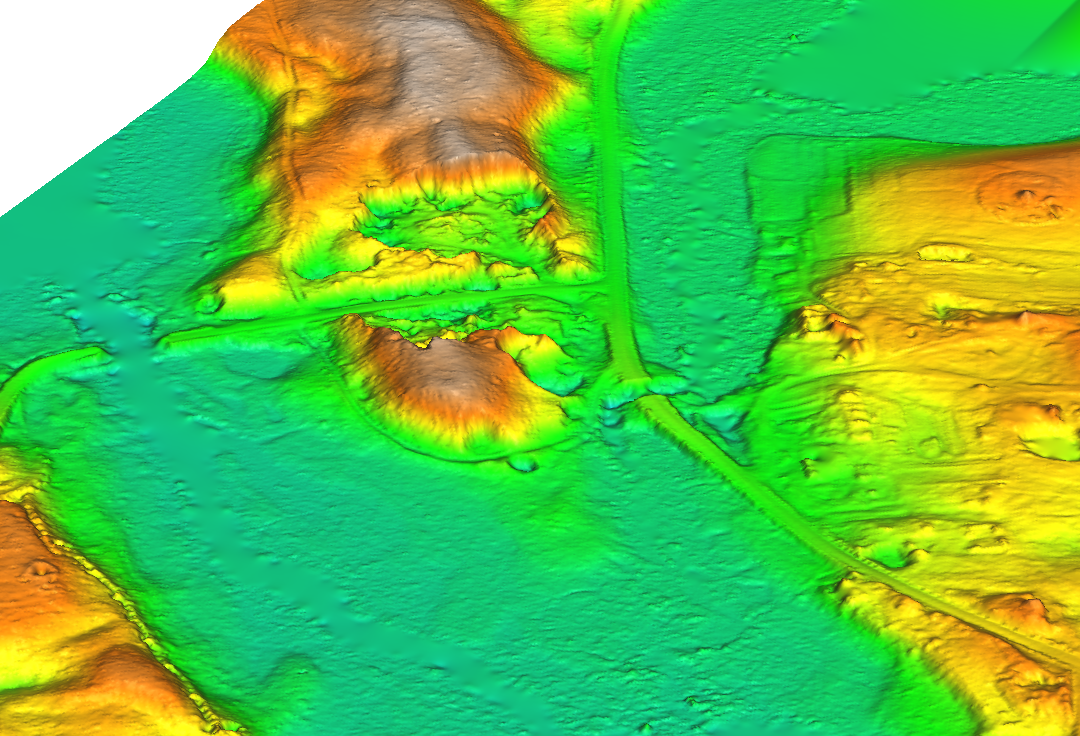 There’s a new raster module, r.in.pdal, a PDAL based replacement of r.in.lidar that allows to import any point dimension (including user defined ones e.g. from PDAL filters), supports 19 binning methods (including eigenvalues) and point filtering by values in any dimension. 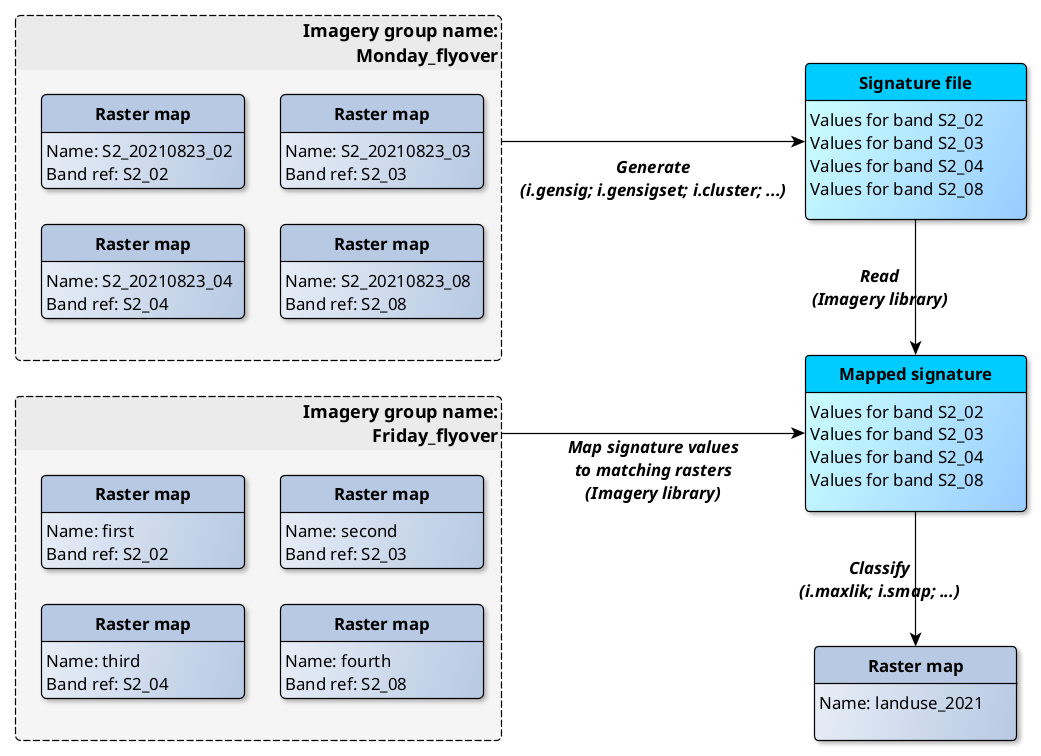 With the addition of semantic labels, the temporal database was modified to version 3 and hence, to be able to read and process GRASS 7.x space-time datasets, users will be prompted to run the new t.upgrade module. If users want to read space-time datasets newly created in GRASS 8 back in GRASS 7.x, they can run t.downgrade.

g.extension, the tool allowing to install extensions, received extensive changes to adapt to the new addons repository structure with branches pointing to different GRASS major versions. This change introduced the possibility to install pull request branches making it so much faster to test new changes.

Major efforts have been made to port all Python scripts to Python 3.6. Also, there’s a new Python subpackage for working with locations and mapsets. All Python code has been formatted with black and checked against flake8. Most warnings in C code were removed and are now checked and, all code is tested with CodeQL.

PROJ 4 to PROJ 8 compatibility has been implemented. WKT2 can be used for CRS definitions. High-accuracy coordinate transformations supported. GDAL 3 compatibility improved with speed-ups.

The overview of new features in the 8.0 release series is available at new features in GRASS GIS 8.0. See also our detailed announcement with the full list of changes and bugs fixed at https://trac.osgeo.org/grass/wiki/Release/8.0.0-News.

The Geographic Resources Analysis Support System (https://grass.osgeo.org/), commonly referred to as GRASS GIS, is an Open Source Geographic Information System providing powerful raster, vector and geospatial processing capabilities. It can be used either as a stand-alone application or as backend for other software packages such as QGIS and R geostatistics or in the cloud. It is distributed freely under the terms of the GNU General Public License (GPL). GRASS GIS is a founding member of the Open Source Geospatial Foundation (OSGeo).